5 Famous People Who Went from Rags to Riches 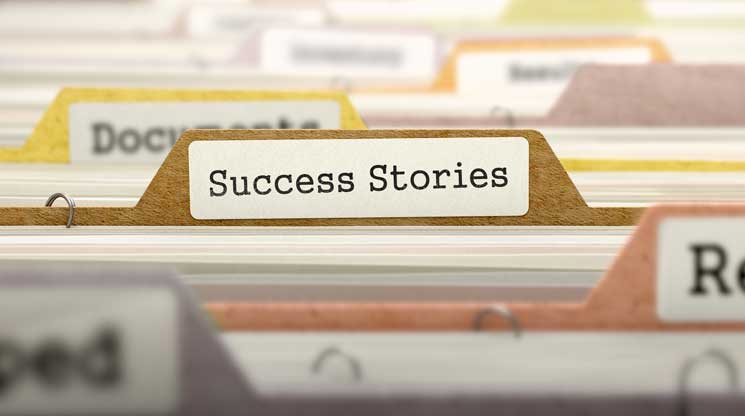 Do you love success stories? If you’re a business owner, you understand how much hard work is spent on developing a successful career. Here are a few interesting stories of how celebrities and founders of major companies went from rags to riches.

Larry Ellison was born in New York City’s Lower East Side during World War II. At the time, immigrant families with low incomes mostly occupied the neighborhood. His mother was 19 years old when he was born, and she decided that he would be better off living with her aunt and uncle, Lillian and Louis Ellison, in Chicago when Larry turned nine months old. Larry attended University of Illinois at Urbana-Champaign and University of Chicago, but ended up dropping out. He moved to Berkeley, California and later helped build the first IBM compatible mainframe system as a programmer at Ampex. Larry then left Ampex to start a database management company called Software Development Laboratories (SDL), which would eventually be named Oracle.

Today, Oracle has turned into one of the world’s leading integrated Cloud applications and platform services. In 2016, he donated $200 million to the University of Southern California towards a cancer treatment center. He is currently considered the seventh richest person in the world, according to Time. His current net worth is estimated to be $62.6 billion.

Oprah Winfrey’s story is probably one of the most famous. She was born in Mississippi to an unmarried teenage mother. Her biological father was believed to be Noah Robinson Sr., a Mississippi farmer and World War II veteran. She grew up in poverty and often wore dresses made out of potato sacks. She ran away from home at 13 years old and became pregnant at 14. Her son was born prematurely and passed a few days later.

Things turned around for Oprah when she made it to high school. She became an honors student and joined the speech team at East Nashville High School. Eventually, she was scouted by black radio station WVOL to report news part-time. She then received a full scholarship to Tennessee State University where she studied communication.

Oprah became a news anchor at WLAC-TV after graduation. She then worked for WJZ-TV in Baltimore, Maryland before landing at WLS-TV in Chicago to host their morning show. Her show moved to an hour slot and became The Oprah Winfrey Show, which would eventually be syndicated nationwide for a little over two decades. Today, Oprah is worth around $3 billion and also serves as a contributor on CBS’ 60 Minutes.

Vaynerchuk was born in the Soviet Union in 1975. His family moved to the US in 1978 and fit eight people in a studio apartment in Queens, New York. Eventually, Gary and his family moved to Edison, New Jersey. Gary found a passion for trading baseball cards for thousands of dollars. He would then join his family’s wine store business and take it over in 1998 after graduating from Mount Ida College in Newton, Massachusetts.

According to Business Insider, Vaynerchuk was able to increase his wine business’s annual revenue from $3 million to $60 million. He opened up VaynerMedia, a social media-focused digital agency, with his brother in 2009 and would eventually create a parent company named VaynerX. Today, Vaynerchuk’s net worth is estimated between $50 and $160 million.

Dolly Parton’s story is one that’s been written about many times. Parton grew up in a remote part of Tennessee with 11 brothers and sisters. Her family lived below the poverty line in a one-room cabin. It’s reported that the doctor who helped deliver Parton was paid with a bag of cornmeal. Her rough upbringing was reflected in her music career later, with songs like “Coat of Many Colors” talking about a coat made of various rags she wore as a young girl.

Parton began performing as a child on various TV and radio stations throughout eastern Tennessee. Her life changed in 1967 when she received a regular spot on The Porter Wagoner Show and received a record deal on RCA records. In addition to having 25 Recording Industry Association of America (RIAA) certified records, and 25 number one songs on the Billboard Country charts, she’s one of few to receive nominations from the Academy Awards, Emmy Awards, Grammy Awards, and Tony Awards. Her current net worth is $500 million.

Burns completed an internship with Xerox in 1980 and would join the company after her graduation. In 1990, she became the executive assistant to then president Wayland Hicks. She became president of Xerox in 2007 and was the first African-American woman CEO of a Fortune 500 company in 2009. Since then, she served on former U.S. President Barack Obama’s STEM program and on the board of directors for American Express, ExxonMobil, Uber, and other organizations. Her current net worth is $28.7 million.